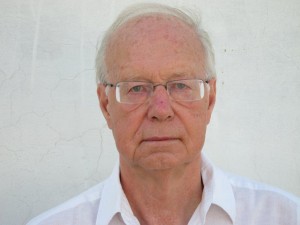 A gorgeously sunny afternoon in Todmorden (now how often can you say that?) didn’t deter U3A members from providing a full house at Roomfield Baptist Church for Laurence Cockcroft’s talk to the World Affairs group. Laurence, a Todmordian by birth, confessed he’d never spoken before in his home town about the topic that dominates his work and thinking: global corruption.

Laurence is co-founder of Transparency International (TI), which in 20 years has spread to work in a hundred countries. Each national group investigates its own problems, from rulers who make personal fortunes, to the petty bribery that besets daily life in some countries, to the corporate jiggery-pokery that afflicts countries like ours – as evidenced by the enormous fines our banks have paid in recent years to British and especially American regulators.

Why does corruption matter? Laurence argues that it distorts big projects, makes public service dysfunctional, reinforces poverty, and enables money to flow illicitly from poorer countries to tax havens (‘One step the world could easily take,’ he said in answer to a later question, ‘would be to abolish all those places with these financial arrangements.’)

In many western countries attitudes have changed for the better towards corruption in the last 20 years. TI and brave organisations like Global Witness have helped to make this happen, including TI’s ‘Corruption Perception Index’, updated each year, which, however controversial its measurement techniques, provides a focus for commentary. (In case you were wondering, the UK has fallen from 7th to 19th place in the last five years).

Despite advances like legislation in the USA, and corporate codes of conduct for major contracts, why haven’t things improved more? For one thing, it’s hard to root out systemic small-scale bribery. Dodgy political fund-raising is deeply entrenched in many places. Even the most reputable-seeming companies like Walmart and Rolls Royce have been caught out. Here in the UK, cash for honours, and the scandals of MP’s expenses and police corruption have tainted public trust, while our major banks have lost their reputation for truth and fidelity. 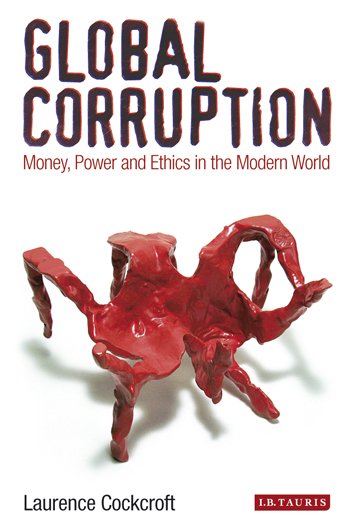 So there remain major issues. Currently Laurence highlighted offshore centres, where the UK government seemed about to act decisively but has now drawn back;. He also talked about mis-pricing, formerly known as ‘transfer pricing’, where companies price transfers between countries to get the best tax deals: ‘The international audit profession,’ he said, ‘has done a very bad job in dealing with this.’ Geo-politics also tarnishes our ability to act: much of the West provided financial support to the corrupt Mubarak regime in Egypt, for instance, which made their support for reform equivocal at best.

After a riveting talk, Laurence fielded a variety of informed questions, including deforestation and the Commonwealth, NGOs – no large-scale wastage there, he thought – and privatisation, which he didn’t think in itself necessarily made things worse, ‘though many public private partnership arrangements were effectively corrupt’. The deeper philosophical question about the nature of corruption and what we mean by saying it’s ‘endemic’ in some places was perhaps too complex for a quick exchange on a hot afternoon. TI’s definition of corruption as ‘misuse of entrusted power for personal gain’ was accepted as being as good a working idea as can be hoped for. Finally Melvin Coleman gave a vote of thanks to our warmly-applauded speaker, who had modestly not brought any copies of his book ‘Global Corruption’ along for signature. But many of us are off to buy it now, though perhaps not from online companies with dodgy tax-arrangements!

All monthly meetings are now being held via ZOOM